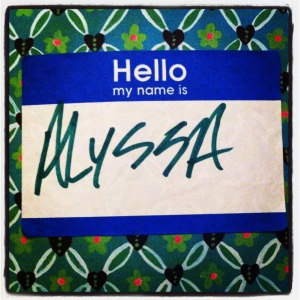 In a conversation with a friend this fall, she admitted to me that she was a lesbian. I admitted to her that I was a liberal. “Feels good to say it out loud, doesn’t it,” she said. Later that evening I sent a text message to a mutual friend that read, “We tossed around a couple of L words this afternoon, mine was liberal.”

The deal is that I knew this about my friend, not because someone outted her to me, but I just kinda knew. None of us are as good at hiding our true selves from one another as we like to think we are.

Still, my friend didn’t have to tell me, but it was good that she did, for both her and me. I don’t know why, but there is something powerful about verbally admitting who you are, even if everyone else has known for a long time. So here I go:

I’m liberal. I agree with a lot of left wing ideas. This is counter to the culture I grew up in. This is also counter to the typically publicized Christian culture of which I never had any part. As a Christian, I’m more than OK with that.

I’m a geek. This is tougher for me. There is a part of me who, growing up, wanted to be a Kelly Kapowski level of cool. I was not. I am not. I love Doctor Who. I recently pulled my pub trivia team from 9th to 7th place because I know that Anikin’s home planet is Tatoonie and that Mike Tyson raises pigeons and I know this not because I’m a sports fan, but because I’ve read multiple books on pigeons.  I read The Hobbit and the Lord Of The Rings trilogy for the first time last month and really enjoyed it. I am currently obsessed with Gilmore Girls and I can kick some serious Settlers of Catan ass.

I’m loud. My voice, my laugh and sometimes my clothing demand attention.

For most of you none of this is a shock, just as my friend coming out to me wasn’t. But for me, admitting these things is a big deal because it means I own them. I identify with them. It means that I am further defining my shape. I’ve spent a large part of my life trying to fit my life into other people’s molds of acceptability. I am not going to anymore.

3 thoughts on “I’m a Liberal and other Admissions”

My Tweets
Join 17 other followers