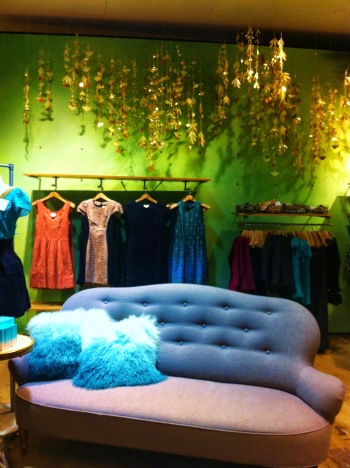 I was a closet Kelly Clarkson fan.

American Idol premiered my senior year of college. I saw pieces of a few episodes and saw enough to know I hated it and everything it stood for. My friend Dee, on the other hand, was a huge fan, so I heard Kelly beat out Justin via the TV in Dee’s Mom’s minivan while we were stuck in traffic moving out her college stuff.

Dee, of course, bought her first CD and I rolled my eyes every time we listened to it that summer. But by album number two, Kelly was winning me over. And I found myself, a few years later, one slow Friday afternoon admitting to my cubemate, Casey, that there was that one Kelly Clarkson song I kinda liked. He, in turn, begrudgingly admitted to digging one of her tunes, too.

Casey and I are both music snobs and so this mutual admission was sorta a big deal. And the follow up online search to figure out which two songs we actual liked was on the side of scandalous. So much so, that when a team manager walked in and ask us what we were doing, we both averted our eyes and turned brilliant shades of red.

Sure, I had been spotted cranking I Do Not Hook Up on rental cars radios since it dropped in 2009, but I made excuses, like, “all the stations in Dallas suck, this was all I could find to listen to.” But I couldn’t admit the joy, nay the inspiration, Kelly provided until a few years later.

And then I discovered Catch My Breath, and people, I’m here to tell you, this lady gets me.
In this one catchy ditty, Kelly and her composing team of Jason Halbert and Eric Olson sum up the trust/truth journey I’ve been on for the last couple of years in the way only a pop song can. And I can admit that now.

This song has become a bit of an anthem for this section of my journey. I have indeed spent the last 6 months laughing hard with the windows down, leaving footprints ALL OVER this town, keeping faith and, because I’ve felt a little like life has been sucker punching me, remembering to catch my breath and then letting it go. Because you know what, no one can hold me back, I ain’t got time for that.

4 thoughts on “Coming Out of the Clarkson Closet”

TODAY ONLY @voodoodoughnut is #doughnating a portion of sales from EVERY doughnut sold to @cupcakegirlsorg Stop by their Eugene, Denver & Voodoo Too ( Portland) shops to support The Cupcake Girls!!! #incredibletogether #VoodooDoughnut #TheCupcakeGirls #GiveBack #TODAY #portland #denver #eugene #oregon #colorado